From the 9th to 12th October 2017, I participated in a very interesting “Technology tour” of southern Poland, organized by Prometia. PROMETIA is an international non-profit association, which promotes innovation and collaboration in mineral processing and extractive metallurgy for mining and recycling of raw materials. Its member organizations consist of industries, small and medium-sized enterprises, research institutes and number of universities from Europe. My research group in KU Leuven is one of its members. So together with 25 other young researchers from its member organizations I enjoyed the “Poland-tech-tour”.

On the 9th October, we visited ZGH Boleslaw. ZGH Boleslaw is a mining and smelting company, which supplies zinc and lead to the domestic market as well as to neighboring countries. We saw their tailing pond where the residues produced during the Zn production process were being dumped in the past 30-40 years. Interestingly, we were told that these tailings are currently being used as feed for their Zn production since the concentration of Zn and Pb in their mine has become considerably low. We also saw their impressive equipment for mineral processing such as the sieves, grinders, crushers, filter presses, froth flotation apparatus, etc. I have always seen small-sized ones in lab so it was great to see some at a much larger scale. 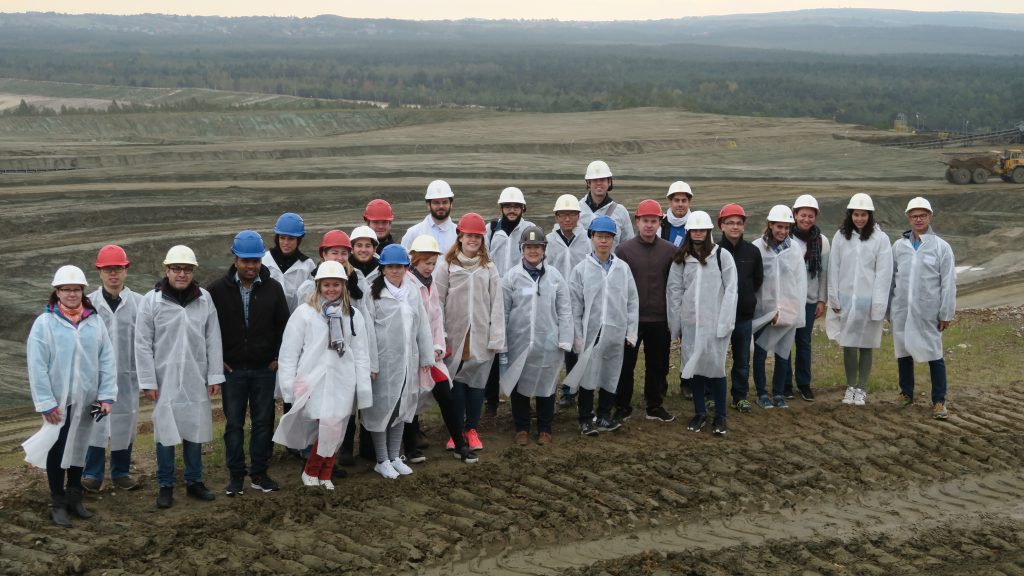 After that, we continued our trip to a nearby city called Gliwice, where Polish Institute of Non-Ferrous Metal (IMN) is located. The institute provides a research and development service to interested customers in all areas of metallurgy ranging from ore treatment and extraction to development and modernization of industrial technologies and processes. It was truly exciting to see their state-of-art technologies, modern laboratories and high-capacity pilot installations.

We stayed in Gliwice that night and the day after we headed north to visit the zinc smelter of Huta Cynku in Miasteczko Śląskie. Huta Cynku is one of the biggest producers of Zn and Pb in Poland along with ZGH Boleslaw. Unlike ZGH Boleslaw, Huta Cynku does not have their own mine, so they import zinc sulfide ore mostly from foreign countries. It uses a cutting edge technology called ‘Imperial Smelting Process’ where zinc and lead are simultaneously smelted in a shaft furnace, fueled by a less-expensive blast furnace coke. We saw the entire production line where zinc, lead and cadmium were recovered separately. 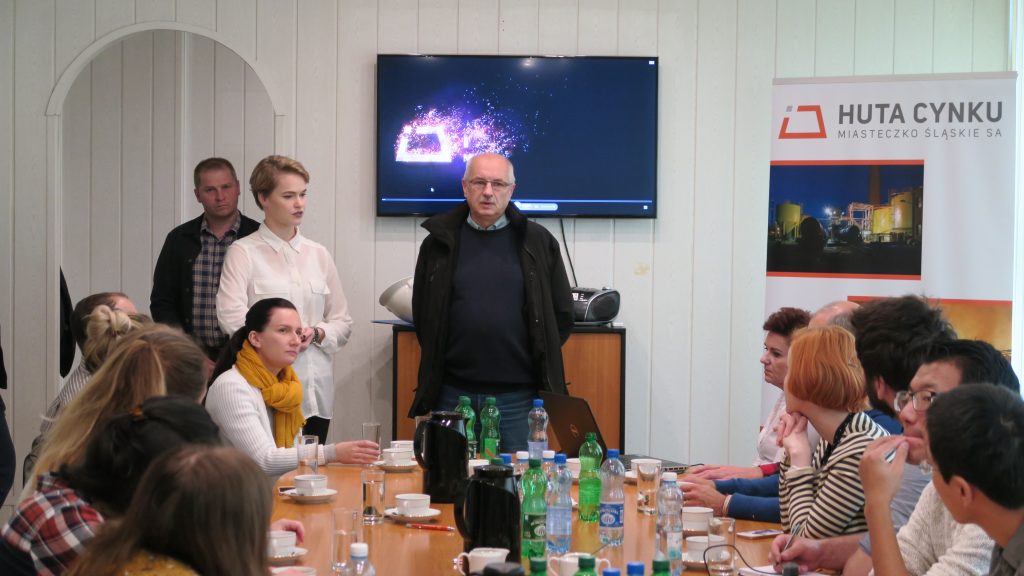 After the tour of the zinc smelter, we headed back to Krakow to visit the labs of AGH University of Science and Technology. It is a well-known university, especially in the field mining and metallurgy. The university was formerly called University of Mining and Metallurgy but the name changed after the addition of other faculties such as humanity and natural sciences. We were shown different laboratories by their young researchers and their expertise in mining and metallurgy was obvious from the fact that they have so many specialized labs furnished with high-end modern technologies. We had an enjoyable dinner that night with the researchers of the university where we got to discuss and interact with them. The last day of our tour included a seminar where the different faculties of the AGH University, Prometia organization and the SCREEN project were introduced. 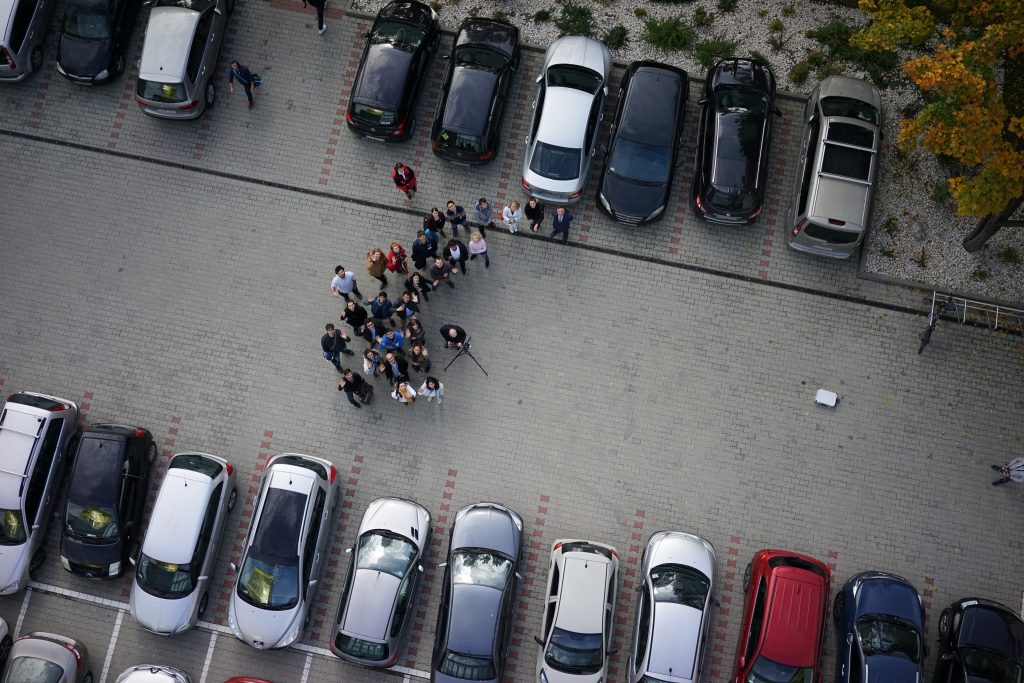 Aerial Picture taken by drone at AGH university campus. The drone is useful in mining industry for inventory tracking, site surveying and mapping.

The tour was helpful to me in many ways. I learned a lot about actual metallurgical practices in industry, which is the reality and final goal of laboratory practices. It also gave me motivation and the background knowledge required for my daily work. For instance, the zinc smelter of Huta Cynku uses pyrometallurgy (use of high temperature) method to extract zinc and lead whereas I am developing a new method called solvometallurgy (use of organic solvent/acid) to do the same. Solvometallurgy is still in a development stage and not being used in the industries yet. However, it is promising due to its higher environmentally friendliness compared to other existing methods (pyro- and hydro-metallurgy). I hope that, in few years time, solvometallurgy will be used in industry alongside other methods, if not completely replace them. Another important aspect of this tour is meeting other young researchers (also AGH researchers) from all over Europe. We are all doing different research but somehow strongly connected to this tour. It was interesting to learn about the work carried out at their own institutions, companies and universities. I am slowly getting more familiar with metallurgy community in Europe. I am sure we will meet again in future through collaborations, conferences and tours like this one.

Lastly, I want to thank tour organizers Stéphane Bourg and Bastien Duplantier from Prometia organization for this enlightening and beautiful experience. 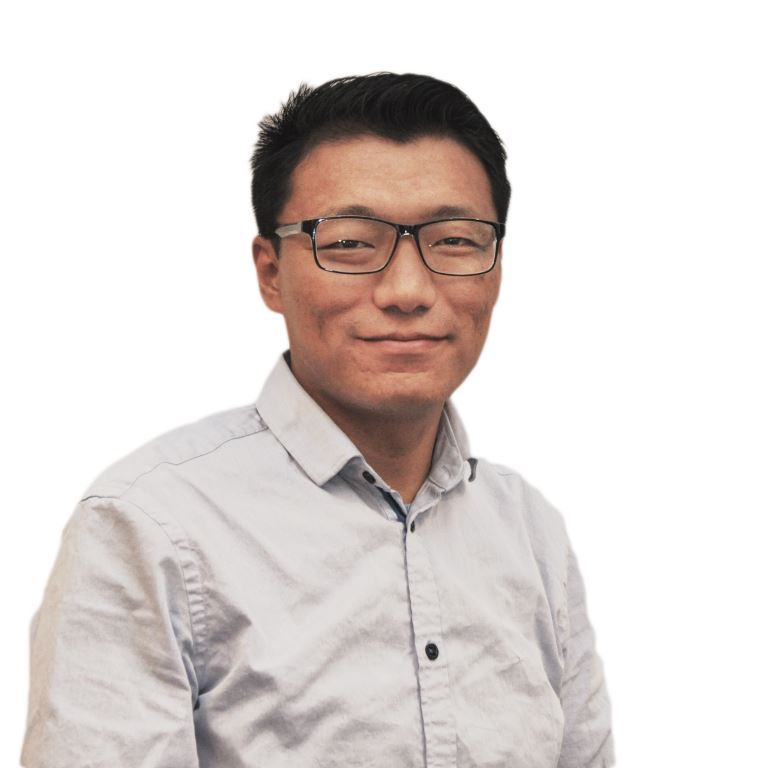 Thupten Palden is our ESR1 from Tibet. He obtained his BSc in chemistry in 2012 at Jacobs University in Bremen, Germany. Later, he continued his MSc in nanomaterial science at Utrecht University in the Netherlands. Also, as a part of his master’s programme, Thupten worked as an intern for 6 months in the Dutch chemical company called DSM in Geleen, the Netherlands. In September 2014, he was employed by the same company. Although he liked this job very much, he decided to return to academia and started his PhD at KU Leuven on January 2017 under the supervision of Prof. Koen Binnemans
2018-02-26
Thupten Palden