What do you know about plasma? 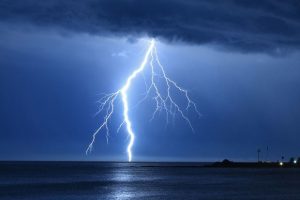 Plasma is the fourth fundamental state of matter in our universe (we don’t know about the states of matter in other universes yet 😉). In simple words, plasma happens when a gas is brought to an ionized state. But is it all there is to it? Let’s see what else can we know!
Let’s imagine, on a stormy night, you are home alone and watching a scary movie. Just when the ghost appears behind the lead character, suddenly, a bolt of light suddenly strikes from the sky with a rumbling sound. Don’t be scared! It is just our good old plasma in action. When there is a sudden discharge of electrons from the clouds, the electrons race towards the ground or to a neighbouring cloud. On discharge, a pathway of highly electrical conductivity is created within the air where the electrons can flow with least resistance. 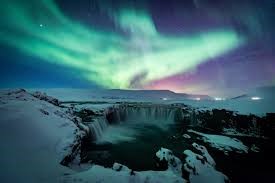 As the electrons flow, they rapidly heat-up the air to over 20000°C, stripping off the electrons from the oxygen and nitrogen in their path. The lightning bolt you were scared of is nothing but the air plasma created by a discharge of electrons. Another good example of plasma we can experience in nature is the northern lights, which are created by charged particles released by the sun.

Do you know who discovered plasma? 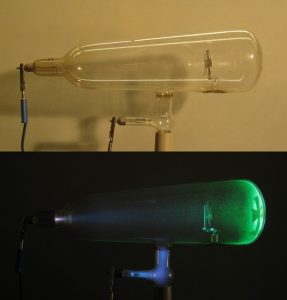 Sir William Crookes, a British chemist and physicist, discovered plasma in 1879 while he was playing with an experimental discharge tube. When he applied a high voltage through a voltage coil in the presence of air, it glowed. Although the glowing air in the discharge tube still looked like a gas, it behaved unlike a regular gas, so he classified it as the fourth state of matter and called it “radiant matter”. The “radiant matter” was renamed to “Plasma” in 1928 by an American chemist and physicist Sir Irving Langmuir as it reminded him of blood plasma (yes, our blood contains plasma). He described plasma as follows [3]:

“Except near the electrodes, where there are sheaths containing very few electrons, the ionised gas contains ions and electrons in about equal numbers so that the resultant space charge is very small. We shall use the name plasma to describe this region containing balanced charges of ions and electrons.” [3]

Is plasma really the fourth fundamental state of matter?

Over 14 billion years ago, all the matter in our universe was squeezed into an incredibly tiny space. The universe was so hot that the fundamental forces had no meaning. The matter composed of only freely moving electrons, protons, neutrons and other subatomic particles. In simple terms, it was in a plasma state. As the universe expanded and cooled, the freely moving particles in plasma combined to form gases. The gas condensed to form a liquid and the liquid froze to form a solid. Looking at the sequence of events, what do you think the first state of matter is? [5] Given that more than 99% of the visible matter in the universe is plasma, why do we call it the fourth state of matter? Because planets like earth are much colder than hot balls of plasma like our sun, the sequence is reversed. We have to heat solids to make liquids, heat liquids to make gas and heat gas to make plasma. The planets might be cool, but they are weird. Nevertheless, that’s how they roll 😉.

Just like gas, plasma is electrically neutral. However, you can call a gas a plasma if it is highly electrically conductive and when long-range forces like electric and magnetic fields dominate the matter.
Plasma can exist in two states depending on the thermal equilibrium between the electrons, ions and neutral particles. When all particles are at the same temperature, it is called thermal plasma or a hot plasma (e.g. sun’s corona). When the electrons are hotter than ions and neutral particles, it is called non-thermal plasma or a cold plasma (e.g. northern lights). The thermal equilibrium mainly depends on the collision frequency between the particles and the energy exchange during the collisions. These two parameters strongly depend on pressure, as can be seen from the figure below. High pressure implies many collisions, leading to efficient energy exchange between the plasma species, hence, equal temperatures. Low pressure implies fewer collisions, hence, different temperatures of the plasma species due to inefficient energy transfer. 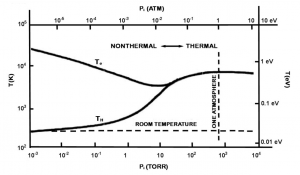 From the TV in your living room to jet propulsion, plasma has several applications. However, it is widely used in material processing. Some examples are given below [7] :
– Extractive metallurgy (extraction and processing of metals from ores, scrap and wastes)
– Process metallurgy (re-melting and refining of metals and alloys)
– Advanced materials synthesis (ceramics, nano-materials, composites)
– Surface treatment (cleaning, etching, spray coatings for wear, reactive spray forming, etc.)
– Toxic and hazardous waste treatments
– Plasma welding/cutting

How does plasma technology help to recycle waste?

Plasma technology is around since the 1980s to treat municipal and industrial wastes. Usually, thermal plasma is used to process these wastes. The high energy density and process temperature of thermal plasma allow smaller installation size, faster reactor start-ups, rapid heating, melting of high-temperature materials, faster reaction rates, control of process environment, etc. Several recycling processes use plasma technology such as plasma pyrolysis, plasma gasification, plasma smelting, etc.
In my project, I am studying the submerged plasma slag fuming process which is a novel technology used to treat secondary copper smelting slags. These slags contain a considerable amount of zinc oxide (ZnO). Discarding the ZnO poses a threat to the sustainability of the circular economy. So, their slags are treated using a highly selective pyro-metallurgical metal separation technique called slag fuming, where heavy volatile metals such as zinc and lead are selectively reduced and evaporated from the molten slag bath. Conventional slag fuming process used coal as a reductant and a heat source for the reduction reaction; thus, emitting a considerable amount of greenhouse gases. If coal-fired jets are replaced by electrically powered plasma torches, we can significantly reduce the coal consumption and increase fuming rates. 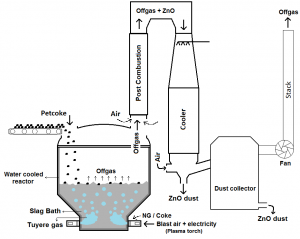 Plasma is indeed a fascinating state of matter. Even though we see it every day (yes, I’m talking about the sun), it wasn’t discovered until 1879. Nevertheless, scientists studied in detail about its formation, characteristics and found many useful applications for it. We in SOCRATES project are working to establish yet another valuable use for plasma in waste recycling. 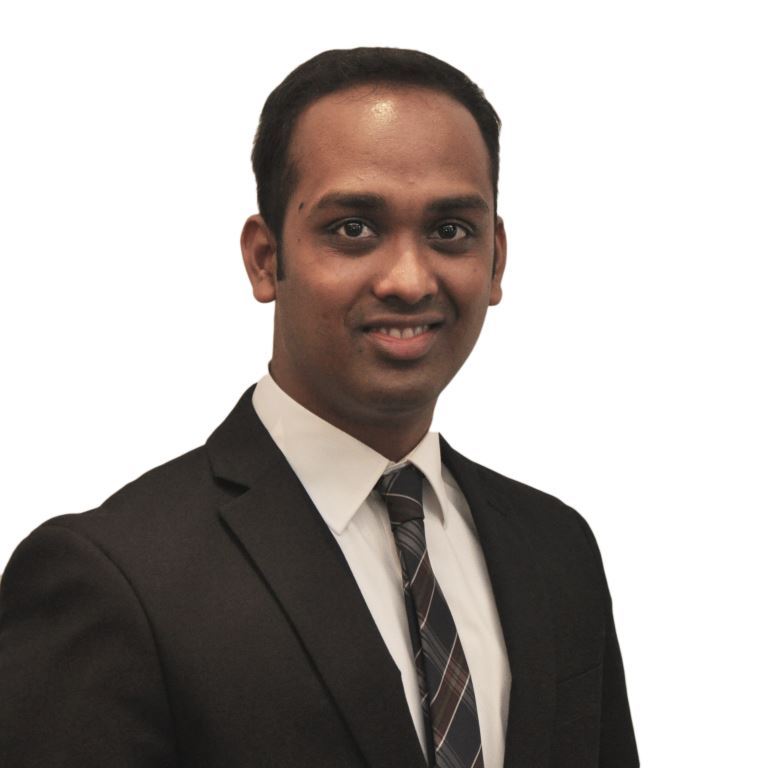 Samant Nagraj is a Research Engineer at Metallo Belgium and is currently pursuing a PhD at the KU Leuven Department of Materials Engineering. He is the ESR3 of the SOCRATES project. His main interest is in modelling of Pyro-metallurgical processes. Central to his research is the question of how plasma affects the thermodynamics and kinetics of slag fuming process (a selective metal extraction process from industrial waste).
If you are interested in his research, you can reach him at: samant.nagraj@metallo.com.
2018-07-10
Giacomo Damilano