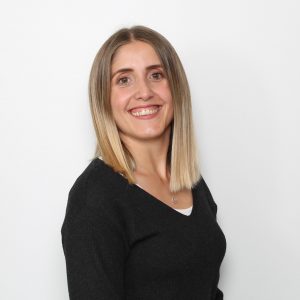 Hi all! My name is Pelin Altinkaya and I am the ESR 4! I graduated at the Karadeniz Technical University in Mining Engineering in Trabzon, Turkey. I know that many people think that Mining Engineers are not environmentalist; but, on the contrary, we are who do care the most about the environment amongst all the scientists.

Holding on this thought, I wanted to do my master studies on Hydrometallurgy about alternative processes to cyanide leaching. During my master, I worked as researcher in a project called “Silver recovery by thiosulphate and ultra-fine grinding from refractory ores and plant tailings”. During this work, I was looking for thiosulfates as alternative to cyanide in leaching processes. Cyanide is a highly toxic and environmentally endangering reagent, which was the reason to look for an alternative to it. Therefore, if I wanted a cleaner world to further generations I had to work on it. After hard working for years with my supervisor and my group, we had very successful results, which showed us many alternative processes to make the world a more liveable place with zero waste.

Currently, I am working as a Researcher at Outotec Research Center in Finland and at the same time pursuing my PhD studies at Aalto University, Finland. I was very lucky to get this position. My dreams, of working in the great company about hydrometallurgy and to deliver more effective and green recycling processes, became true! Thanks to EU MSCA-ETN SOCRATE project, I have the chance work onto a very important topic, “Hydrometallurgical process for recovery the critical and valuable metal recovery from complex impure process solutions”. Outotec is a great research center to find the best solution about this topic. At the same time, when I pursue my doctoral studies at Aalto University, I will learn more about the process and do some experimental work. Besides, I will do some researches in VTT Research Center for 4 months. I think that my PhD will be a great experience with combination of these three places and I am so excited to see what future holds for me!

If you are interested on my topic and you wish to learn more about it, please don’t hesitate to take contact with me at: pelin.altinkaya@outotec.com.

Due to the continuous exploitation and depletion of high-grade ores, globally primary ore grades are decreasing (Norgate and Jahanshahi, 2010). Continuous need of metals and production of millions of tons of residues brought interest on extraction of metals from mining tailings. The mining tailing can contain precious and base metals, such gold, silver, copper, nickel, cobalt and zinc which are economically valuable and important for growing demand for battery industry. Flotation tailings is one of the potential secondary raw material resources, where during froth flotation precious metals might be lost in the tailings (Falagan et al., 2017; Syed, 2006). Even though cyanide is the main reagent used in gold extraction process, due to toxicity, its use has been restricted in several countries in recent years (Hilson and Monhemius, 2006). Chloride leaching is one of the most promising alternative method to cyanidation, due to the fast dissolution kinetics, effective treatment of refractory ores, and less toxic than cyanide (Ferron et al., 2003; Lundström et al., 2016; Marsden and House, 2006). The aim of this research was to study cyanide-free chloride leaching of gold from flotation tailings and integration with electrochemical metal recovery. Additionally, recently introduced non-toxic glycine leaching with recovery methods were investigated for gold extraction from low-grade ores.

Flotation tailings from primary copper production (SOCO1) was investigated as a feeding material for following experiments. The sample contains 3.56% iron, 0.04% cobalt, 0.03% nickel and 0.09% copper the main elements and the average gold content of the tailings is 0.21ppm. Particle size of the material is 150 micron (d80). The material was ground to prepare to the leaching tests to 26 micron (d80).

Phase 2: Bioleaching experiments as a pre-treatment step prior to chloride leaching for Kylylahti material was carried out. The highest extractions were observed in 5% solid concentration, pH: 1.8 in 15 days of leaching process. Extractions of Ni, Co, Zn were 90%, 60% and 86%, respectively. Cu and Au remained in the final residue (Secondment in VTT, Finland).

Phase 3: Chloride leaching was applied to biologically pre-treated material. In all chloride leaching experiments, the highest extractions were gained with the microbiologically pre-treated material. Maximum extraction of Au, Cu, Ni, Co and Zn were 63%, 98%, 99%, 80%, and 90%, respectively. These results with bioleaching experiments in VTT have been published in Minerals Engineering journal, DOI: 10.1016/j.mineng.2018.09.012. 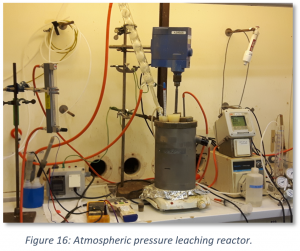 Phase 5: I was in Aalto University during this period for new-method glycine leaching as an alternative to cyanidation to extract gold, copper and valuable metals. Firstly, Cyclic Voltammetry of synthetic glycine solution (1 M) with gold (500 ppm), copper (1 g/L), and iron (0,1 g/L) were run and gold and copper oxidation peak were observed around -0,2 V and 1 V (V vs Ag/AgCl) respectively. After the CV, glycine leaching of bottom ash was investigated. Three tests were run 24 hours with parameters of 1 M glycine concentration, 1% H2O2 addition, temperature at 60 °C, 500 mL/min O2 feed, 450 rpm of rotational speed, at initial pH 10 and 11. Maximum extraction of Au, Cu and Zn were 80%, 99%, and 80%, respectively. Iron was not dissolved. Also, glycine leaching experiments with pure Au-powder was run the results showed that there was gold dissolution in the lowest concentration of glycine (0,01 M) at pH 11 and 60 °C. However, gold powder was too small as a size and it was hard to work. 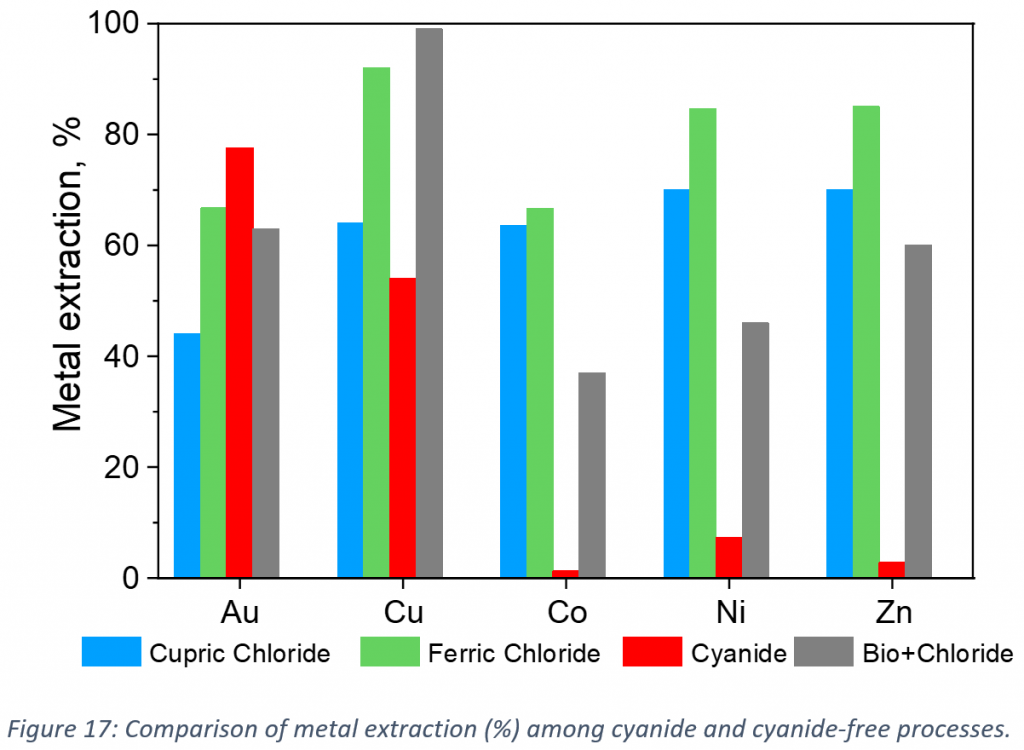 Phase 6: Alternatively, low grade gold ore was used as a feed material to demonstrate the feasibility of gold leaching and recovery in glycine media. Glycine leaching and recovery of gold from free-milling gold ore was investigated. The effect of glycine concentration (0.5 – 2 M), pH (10 – 12) and temperature (23 – 60 °) on gold extraction were studied using oxygen as an oxidant with 24 hours of leaching time. It was found out that in the investigated parameter range, glycine concentration did not have a significant effect on gold dissolution, whereas temperature and pH had a substantial role on leaching kinetics. Based on the observations at statistical model, optimum condition for gold dissolution was defined as 1.25 M of glycine, pH = 12 and T = 60 °C. The verification experiment indicated that 90% of Au could be extracted from the ore. Presence of 15 g/L of activated carbon in solution (CIS) resulted in 100% recovery whereas gold recovery from solution after solid-liquid separation of carbon in leach (CIL) was 77%. Additionally, a novel method of electrodeposition – redox replacement (EDRR) showed that 88% of gold with 1440 and 1247 cycles from synthetic solution whereas the real leaching solution resulted in only 25% recovery. A paper: Leaching and recovery of gold from ore in cyanide-free glycine media. Submitted to the Minerals Engineering in the year 2019.