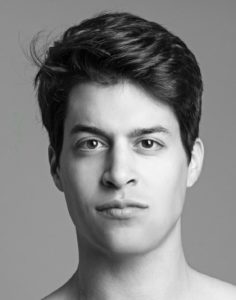 My name is Stylianos Spathariotis and I am a Greek metal lover. No I don’t mean the music! I started being occupied with sciences when I was in High school. Like everyone, I didn’t like them at first (I still don’t sometimes) but as the years went by I realised my love – hate relation with chemistry.

Having grown up since then, I entered the university. Luckily or not, the school of Mining and Metallurgical Engineering in Athens was my choice to study to. Very disappointed at first, i was obliged to attend all the mining courses while begging for some chemistry. There wasn’t much I could do but to remain patient till my masters. There was when I first met Ionic Liquids, these famous innovative solvents. Things got serious after that. I was a novice researcher working towards to an alternative method of aluminium production, using these low temperature molten salts.

Seven months of hard laboratory work had passed by and I was almost at the end of my masters, not even knowing what was next. I didn’t stop being optimistic and one day I noticed that applications for PhD came up from the EU. I rushed to apply, and guess what?! Luckily, I managed to get a Marie – Curie scholarship at the chemistry department in the University of Leicester. Finally, I was in my natural habitat again – a messy laboratory with chemicals all around me! Being more mature and experienced from my masters I am now working towards the electrowinning of metals from deep eutectic solvents, another innovative kind of solvents.

Having spent three months here I can assure you that sometimes it’s not that romantic. I hate it when things don’t go as expected. But that’s what motivates me, overcoming difficulties and trying to make the chemistry work. Because if it does, then I am happy!

If you liked my story and want to be in touch, contact me by mail or via linkedin: st.spatha@gmail.com ; www.linkedin.com/in/stylianos-spathariotis/

This project contributes to the recovery of metals part of the overall SOCRATES project. Metals can be recovered by hydrometallurgical and (or) pyrometallurgical means, but the extensive use of reagents and the high energy demand render these methods expensive and inefficient. In this project, this challenge is approached by using DESs as alternative solvents. Their wide potential window, the absence of water (no embrittlement phenomena), the relatively good conductivity, their relatively low cost and biodegradability make them suitable for industrial electrodeposition processes. As a result, the goal of this project is to investigate the following: 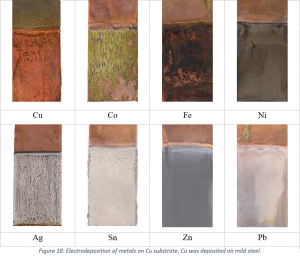 Results obtained during and Conclusions

The recovery of Ag, Cu, Sn, Pb, Zn, Co, Ni and Fe from low concentration DES solutions, mimicking real DES leachates from metallurgical residues, was studied mainly by electrodeposition and cementation. It was found and discussed that metals form chloride species in Ethaline, with the exception of Ni which forms oxygen complexes.

The recovery efficiency of the metals by electrodeposition was shown to be dependent upon their reactivity, which in turn is dependent on the speciation and electrochemical behaviour of the metals. As a result, three categories were made based on their chemical reversibility: reversible – Ag, Cu, Sn, Pb, semi-reversible – Co, Ni and irreversible – Fe, Zn, when these metals were studied from unstirred low temperature Ethaline solutions. However, the electrochemical behaviour of metals was found to change during the recovery processes with proper adjustment of the experimental parameters. Stirring of the solution and elevated temperature increased the diffusion of the metal species to the electrode surface, hence their reactivity, making their electrochemical behaviour more reversible and enhanced their deposition rates and also the quality of the deposit. During the process, the degradation of the solvent can also take place. In the case of Ethaline, the reduction of ethylene glycol and water to produce glycolate and hydroxide anions was found to be competing with the reduction of the metal. Those side reactions are enhanced when non-reversible metal ions exist in solution, where reduction is outweighed due to slow mass transport. During the process, it was assumed that metals can form complexes with the non-metallic anions and deposit together onto the cathode, which will slowly passivate due to decreased conductivity of the electrode surface. The complexation ability of the metal ions will depend upon their oxophilicity with this phenomenon to be more obvious for Fe and Co which are highly oxophilic. However, the above mentioned adjustment of the experimental parameters can revert this passivation phenomenon by increasing the metal cation concentration at the electrode surface and make the electrodeposited films more metallic. In this way, the recovery efficiency of metals can increase, as well as the thickness of the electrodeposited films.

The recovery efficiency of metals by cementation onto Zn plate depends upon the cell potential generated between Zn and the metal in solution and also on its electrochemical behaviour. Deposition rates were found to be dependent upon the speciation of the metals in solution and also on the diffusivity of the metals to the electrode surface. As a result, cementation from Ethaline solutions can be better than from aqueous solutions when the latter do not contain metal species that allow for sustained deposition (e.g. metal chloride species). As with electrodeposition, reversible metals showed higher recovery rates than the non-reversible ones. The low rates of the latter were attributed to the formation of ZnO species on the surface from the reaction of Zn with the vapours in solution and also to the cementation of glycolate species. However, stirring of the solution and elevated temperature can enhance the deposition rates of all the metals, similarly to electrodeposition. In general, cementation in Ethaline was found to be a pseudo first order reaction which is controlled by the diffusion of the species to the electrode surface. During the process, a separated cementation model is followed where species are depositing at the cathodic sites and metal is dissolving from the anodic sites, potentially allowing for sustained deposition and the growth of thick layers.

The extraction of metals was studied by solvent extraction and by using egg waste materials, at room temperature. The commercial extractants Cyanex 923 and Aliquat 336 were used for the highly selective separation of Fe and Zn over Pb, which was left in solution. Experimental parameters (extraction time and concentration of extractant) were optimised and the stripping of those elements was achieved in aqueous solutions by aqueous oxalic acid and aqueous ammonia for Fe and Zn respectively. The processes were also successfully upscaled by using counter-current continuous circuit mixer-settlers. Minor adjustments were done to the system. Mutual solubility studies showed that the ethylene glycol solubilities in the extraction systems were high and as a solution to this, the slight modification of these systems was discussed, keeping in parallel the high effectiveness of the extractions. Selective extraction of Fe over Pb and Zn was also achieved by using egg membrane material. The process was found to be controlled by the chemical reaction, and the selectivity comes from the nature of the complexes which are developed between the metal and the functional groups contained in the adsorbent. Oxygen containing groups are present in large amounts and will be preferred by Fe which is an oxophilic metal, rather than Pb and Zn which are more thiophilic metals. The low cost of the process combined with the selectivity of Fe over the other metals can make adsorption an attractive option for the purification of Fe-containing DES solutions, which causes problems during recovery.

A case study for the extraction and recovery of metals from industrial jarosite waste was examined based on modelling of a previously developed process. It was found that Pb, Zn and Fe have low electrodeposition rates, while reduction of the ethylene glycol and of water were also occurring. Even though Pb is a reversible metal and showed a higher recovery rate compared to the other two, its deposition can be limited from a complex mixture when other species have to deposit at the same time. The cementation rate was high for Pb and low for Fe, implying that cementation using Zn metal can be selective towards Pb. However, deposition of glycolate species and the formation of ZnO can slowly passivate the surface and reduce the efficiency of the process. Reduced mass transport was also found to occur due to precipitation of FeSO4 mostly on the frit membrane separating the anodic from the cathodic compartments of the cell. Due to the low metal mass recovered, the low market value of Fe, Pb and Zn, and because of the output jarosite sample being unsafe to dispose, this process would not be viable under the current conditions. From an economic point of view, ionometallurgical processes would only be profitable for elements with high market value such as Ag and Sn using cementation, while electrodeposition can only be profitable for Ag. However, during the upscaling of a process, further actions are needed that can add further cost. As a result, in cases that metal recovery using DESs is unprofitable, the conversion of industrial waste into building materials or their use as catalysts can still make the existing metal production processes a near-zero waste process.

Even though metal recovery was studied extensively by electrodeposition and cementation from solutions of Ethaline, numerous other DESs exist in the literature, with most of them not yet investigated for their applications in electrochemistry. As a result, other DESs can be studied for their capabilities in metal recovery, with a preference towards the highly conductive ones. In addition, task specific DESs can be made in order to prevent or enhance the deposition of target species in solution.

In addition, the reactivities of other metals can be studied with the view of making a list with the electrochemical properties of the metals in different DESs. It was shown that metal recovery from Ethaline would potentially be profitable for precious metals, so it is urgent for a follow up study on them. Once this fundamental knowledge is established, their recovery from their natural occurring minerals or from secondary sources can be easier and the associated processes can be tailored to match the required outcomes. 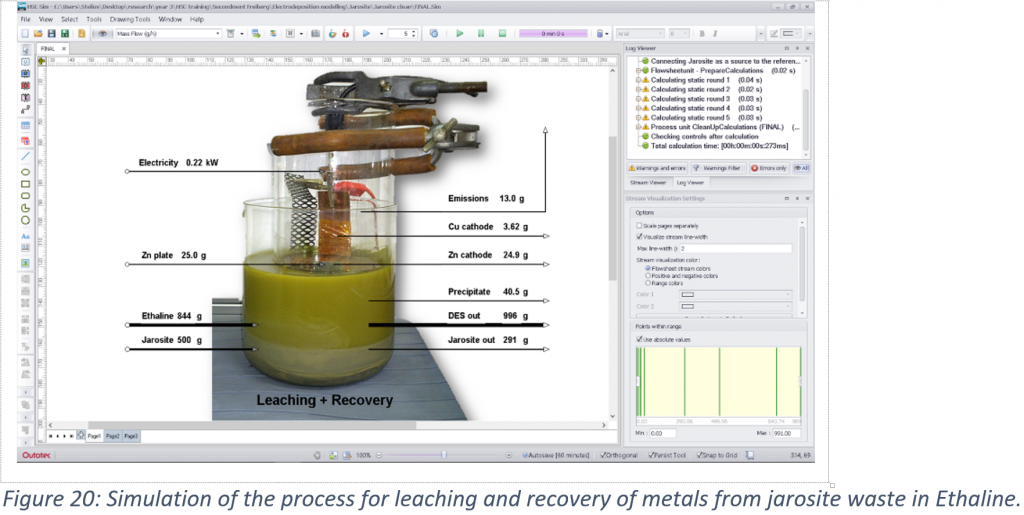